Get over it and move on! 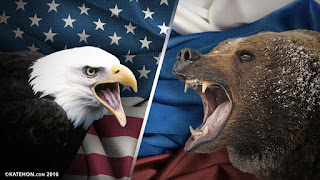 I recently responded to a Facebook post and thought it appropriate to consolidate my response into a blog. Seems that we are not allowed to post any lack of excitement over the incoming President of the United States without getting told to "Get over it and move on!"  So here was a partial response.

I love my country to much to not speak up about what is happening. Outside of the confirmed hacking incident that occurred. Our President Elect has known ties to Russians in possibly more ways than financial and he and his appointee are definitely a  threat to America for that matter. I swore to protect my country from enemies both foreign and domestic. I will not be silent to "get over it." I have accepted this horrific outcome, but my opposition will not end. Me and 65 million Americans will not sit idly by while our country is destroyed by enemy foreign government sympathizers.

I have swallowed the jagged pill of Trump winning election. What concerns me is his direct ties to an enemy government and his appointees, who are not only contrary to American values but also connected to Russia. I worry that our country is being sold out. A reality that those that voted for Trump or did not vote will realize in 2017. This is on the hands of the 62 million that voted for Trump not the 65 million who were against a Trump presidency. The fact that I have to worry about their actions disgusts me. Trumps intentions were made known long ago. And as far as minorities coming out and showing support for Trump, it doesn't matter how much tokenism or window dressing he displays. But I digress, I accepted the reality he will be President in 2017. But I will not be naive to the fact that we are not under attack from within. I will not be silenced with rhetoric that liberals are sore losers. People can chose to look away and be blind and hide under this idea of "cumbaya" all they want. I will not. This country is more divided than ever before. And it's not because of anything Obama did, It started because of who he is, an educated Black man. It will continue to worsen because of who Trump is, a rich xenophobic white ideologue who believes he and his alt-right are superior. Plane and simple.

Posted by Administrator at 11:48 PM No comments: 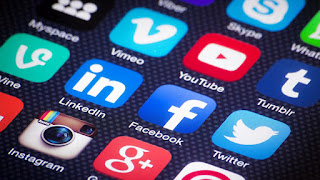 Posted by Administrator at 5:57 PM No comments: